De Dominicis Agency on the illustrator’s personal universe and aesthetics in a globalised industry.

With several of their artists featuring in Tiny Pencil Issue No. IV, Vanessa Amianti, Assistant Art Director at De Dominicis, took some time to share some of their thoughts on drawing and graphite in today’s commercial world… 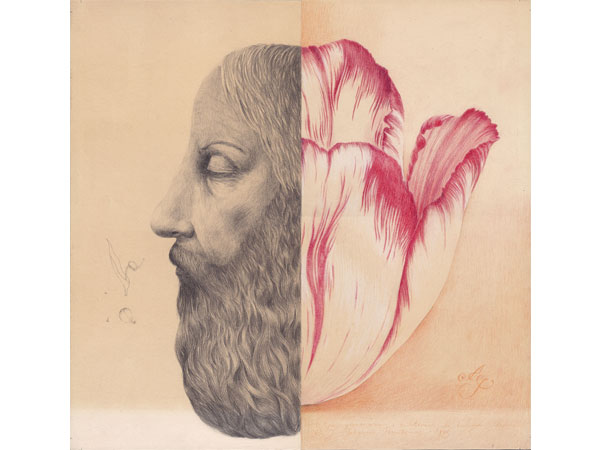 De Dominicis Agency is a creative services agency, managing projects from commission to production. They partner with high-profile, international organisations with a keen interest and awareness in cultural and artistic innovation. Working with creative leaders in their field, they nurture new initiatives and represent some of the best talents in contemporary visual arts.

Hi Vanessa! Thanks for taking the time to speak with us. With the increasing availability of full-colour digital printing, apps and digital media, we often get expressions of (pleasant) surprise that we’ve managed to put together an entirely graphite-focused publication. Are there trends and “product cycles” in the kinds of mediums clients want to see in illustration work? Is there more value placed on hand-drawn, analogue mediums like graphite as something unusual? Or is it seen as more of a quaint anachronism?

Today, digital illustration is expanding greatly and new technologies (especially graphic drawing boards and tablets) allow artists to get close to the feeling of naturalness that analogue drawing gives. For that reason, many artists who work with oil or tempera have turned towards digital art or they may alternate between both techniques. Illustrators who work with pencil, however, are often still faithful to this medium. The beauty and refinement of a pencil drawing is something unique and impossible to recreate in a digital medium. It is something that always moves its viewers. Pencil requires a lot of time, patience and dedication. There is no CTRL-Z button to correct errors. This makes it less suitable for some magazines that ask for standard results in a short timeframe. Yet there is also a market for artists who prefer drawing exclusively using graphite. I believe that some of the most beautiful books published recently (just to mention one: Shaun Tan’s The Arrival) are indeed ones with pencil drawings.

We’re huge fans of Shaun Tan’s work as well. You list graphic novels as an area of focus for the artists you work with. Has that always been an area the agency has focused on or has that been a more recent thing? Have you seen a rise in demand for comics artist?

Isabella, our Art Director, has a deep passion for graphic novels. From the very beginning, our agency has taken great interest in artists who are working with progressive narratives. For example, we’ve been closely following the work of our own Pablo Auladell, who will shortly finish a graphic trilogy of Milton’s Paradise Lost, as well as another one of our artists, Gustavo Rico, who is finishing the second volume of The Teeth of Eternity, a graphic novel about Scandinavian mythology. We work with many comics artists and will soon be adding another ‘big name’ to the family! 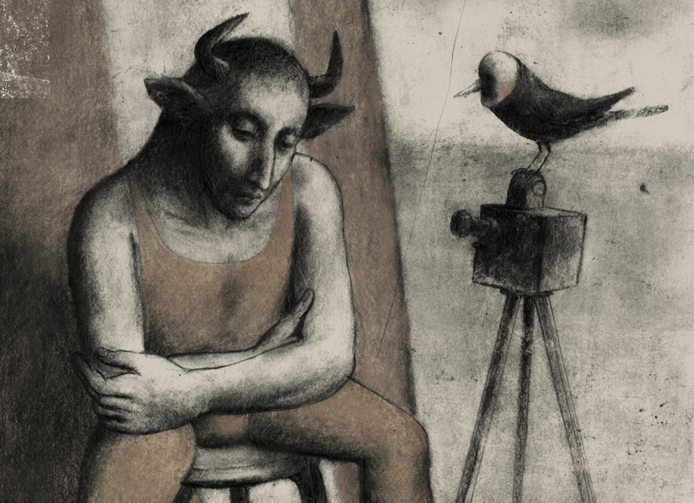 We tend to look for a sense of world-creation and fantasy in the artists we feature. What would you say is the single most important thing you look for in a new artist?

The most important thing we look for in an artist is that he/she must have his/her own personal universe — not only a style. Every artist changes and so does his or her style; furthermore, he or she could be imitated, and so could go out of style. The thing that makes an illustrator special is having his or her own personal ‘point of view’ which is directly related to his or her way of screening the world. This is what makes an illustrator truly captivating and unique. Today’s illustration market, especially the mainstream one, is deeply globalised. We really look for illustrators who can tell who they are and where they come from, through their work: local peculiarities are a huge added value and preserve culture as well. In our opinion, a good artist should be like a beautiful song. He or she should move and captivate, even if you don’t understand the words.

What would you say is the largest growth area for new illustrators? How do you see a hand-drawn medium like graphite fitting into the future of commercial illustration?

I think that now the illustration market is in a very delicate moment, a sort of “chaos” of different languages. It is hard to predict what direction it will take, however, I believe there will be many interesting developments; especially for those illustrators who will be able to mix and adapt traditional techniques with analogue, taking the best from both of them. 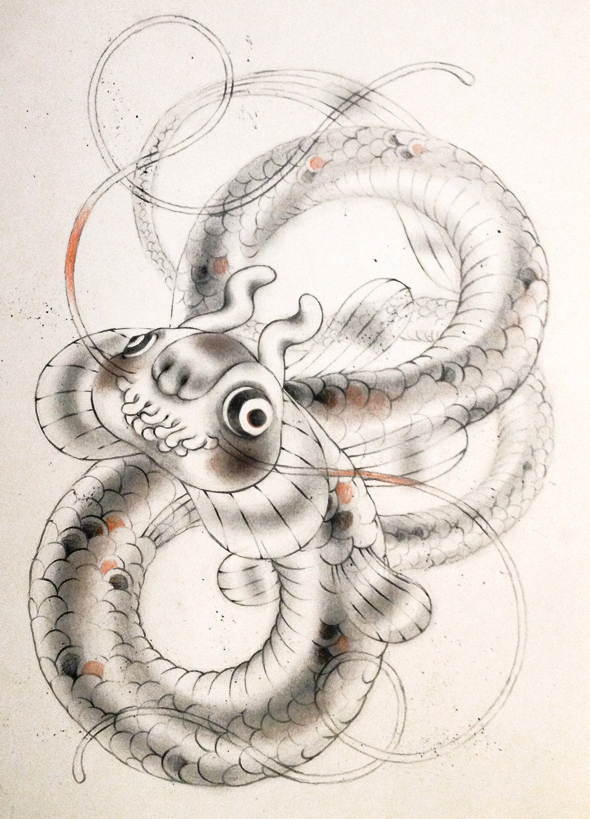 What piece of advice would you like to give aspiring artists looking to enter into the field of commercial illustration?

I suggest to work hard and study great masters, in particular the ‘Golden Age’ illustrators. There is so much to learn from them.

Your agency has strong roots in Italy but also operates in Hong Kong. Are there any elements in an illustrator’s work that are regarded as particularly important when working across borders and cultures?

Absolutely. Although the current illustration market is more globalised than ever, local roots are becoming more and more important as they are the resistance to the general trend of cultural leveling. In the ocean that is the editorial illustration scene, where at first glance it’s mostly commercial products that prevail (and look almost the same everywhere), you just have to look at small publishing houses. They mostly work with children’s books to find a taste and predominant style that is identifiable and distinguishable between cultures. An illustrator who wants to work for foreign markets (especially in the children’s book field, where cultural identity is more important) has to keep in mind these differences, know them well, and be able to create with them in his or her language. 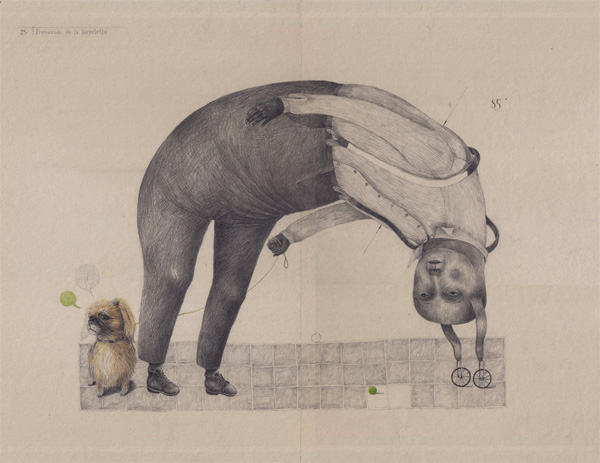 We’ve always found the reception of different genres in different countries quite fascinating. Comics for example have had a much loftier reputation in France historically than in the US and UK, although that is certainly changing now. Would you say certain countries are more receptive to analogue, hand-drawn mediums such as graphite?

In Europe (especially in Italy, Spain and France) there is a greater “attraction” for hand-drawn mediums. There is a very well established and firm belief that a hand-made drawing is synonymous with greater quality and dedication. In other markets (USA and the Far East) the importance of this is less significant, especially when we talk about big audiences and the mass market. But there are many exceptions. Just think about the huge success that artists like Nicoletta Ceccoli, Travis Louie, Aron Wiesenfeld, James Jean, etc. have in the United States. In my opinion, it is not a coincidence that all of them worked or often work with graphite, or at least use it as a ground plan for their works.

Many of our collaborating artists have very distinct personal visions, and many self-publish their own books. As an agency how much value do you place on seeing that kind of activity in an artist’s work?

For us it is very important that an artist is independent and busy with projects and promotional activities. An essential part of an illustrator’s work is building, in the literal meaning of the word. Building both a personal public profile — that has to fight to stand out in an increasingly crowded market, and his or her own products — that have to be developed from A to Z. A book, a magazine, a piece of packaging — these are not just drawings. They are physical objects with a shape, a weight, and a texture. An illustrator has to have a deep passion for creating these objects in a unique and special way. They are his or her signature, his or her legacy. 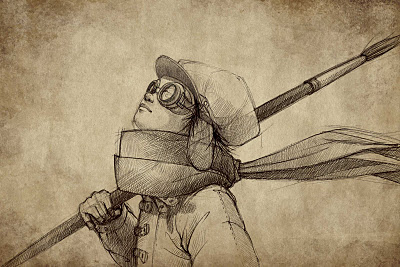 With the huge amount of web exposure available now to illustrators, does having a very distinct personal aesthetic become an increasingly important factor these days? Or is it more important to show an ability to work “to a brief”?

It always depends on the type of market and the client: in children’s book illustration, having your personal style and aesthetic is extremely important, although there is a general trend of conforming to a certain style that prevails in a specific historical period in a specific country. In France, for example, readers prefer books with funny stories and a sort of ‘vintage’ look. There are less editors (and illustrators) who work on books that are more serious and with a more mature style. Maybe as a reaction to this moment of global crisis, readers prefer reading something that makes them laugh and smile.

If we talk about commercial illustration, the situation is the opposite. Except for internationally renowned illustrators (For example our Italian artists Lorenzo Mattotti, Francesco Bongiorni and Emiliano Ponzi) who are specifically looked up for their graphic universes, generally an illustrator should be able to work on a brief, to change his/her graphic style, and to work quickly. It is a sine qua non condition, due to the very often crazy deadlines that rule the advertising world.

An artist should also be professional, know how to manage work, be precise and trustworthy. Regarding that point, we are very lucky to have such an amazing group of artists! And then he/she should love cats, at least a little bit! ☺

Thanks again to Vanessa Amianti and Isabella Mazzanti at De Dominicis Agency. Find out more about the agency and their work at www.dedominicisagency.com.

Interview by Amber Hsu. This interview was brought to you by The Tiny Pencil – fine purveyors of the pencil arts. Follow us on twitter @TheTinyPencil, Facebook, Tumblr, and Instagram for the latest news on all of our new anthology artzines.