Gareth Brookes on crayons, suburban England, and the existential life of dogs. 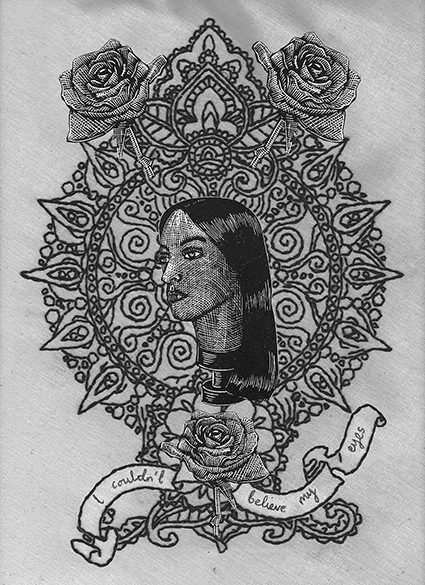 Hi Gareth! Could you tell us a bit about yourself and what you do?

I guess I’m an artist and writer, I spend most of my time on graphic novels these days, but I like to do small press and zine projects every now and again. I’m most likely to be found behind a table at a little zine fair in some pub somewhere, drunkenly lecturing a bewildered art student about how we didn’t have photoshop in the old days, even though we did have it, I just didn’t know how to use it yet.

Could you tell us about your creative process, from the initial idea to the finished piece?

I’m a bit of a frustrated prose writer, invariably I’ll begin by thinking that I’m not going to write any more comics or graphic novels because they’re a terribly inefficient way to tell a story, and then I’ll try to write a short story and get about 500 words in before I start doodling in the margins and thinking about what images would work well with the words I’m writing. 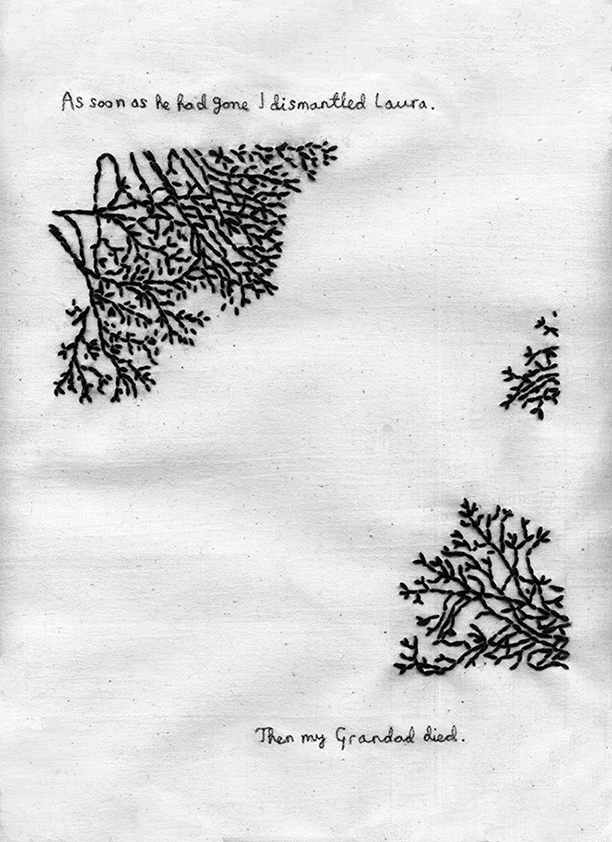 I have a load of ideas drifting around in my head, some are idea’s for stories, some are idea’s for using a different medium or process, and some are ideas for forms or rules that might make for an interesting process. Sometimes when the ideas meet they fall in love and join together. But there are lots of idea’s that will never find their match and fated to drift around my subconscious until I decay and return to the cosmic compost heap. 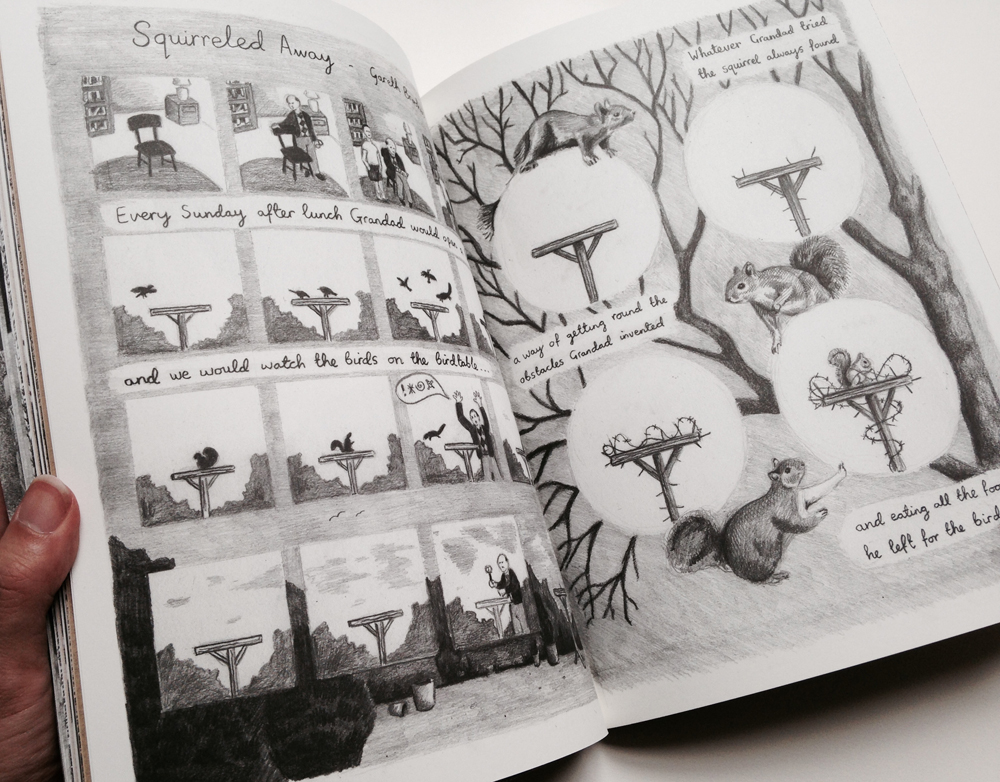 I like sketching with the mechanical, then I send in the big guns, nothing lighter than 4B, to do the heavy work.

For me choice of materials is really important, they carry the concept of the piece to a certain extent. I’ve been working on a comic using fire and pressed flowers for ages. I like getting involved with materials and processes that I don’t really know how to use, making it up as I go along and always teetering on the brink of failure. For me that’s the most creative space to be in, not really knowing what I’m doing. 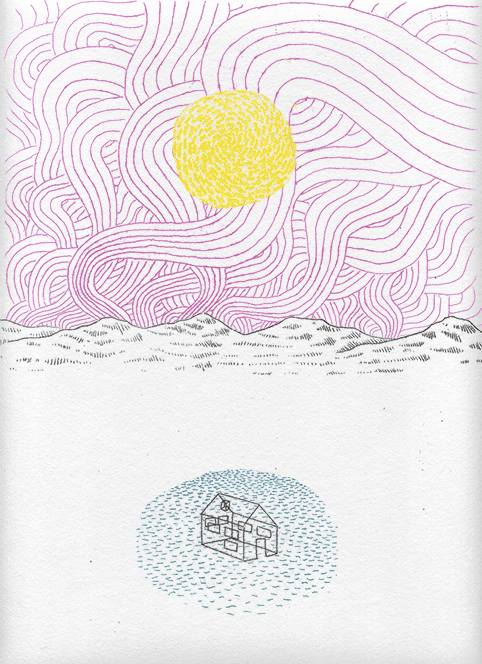 We love how you incorporate materials and methods into your subject matter. The usage of embroidery and fabric in your last book The Black Project was brilliant. Could you tell us a bit about what you’re working on now, and how the methods and materials relate?

I’m working a lot with crayons, but I can’t say too much about it, mainly because putting it down in words might destroy the delicate infatuation I’m having with the medium, and since me and crayons are going to have to be together for at least two more years, I don’t want to say anything that might put a strain on our relationship. 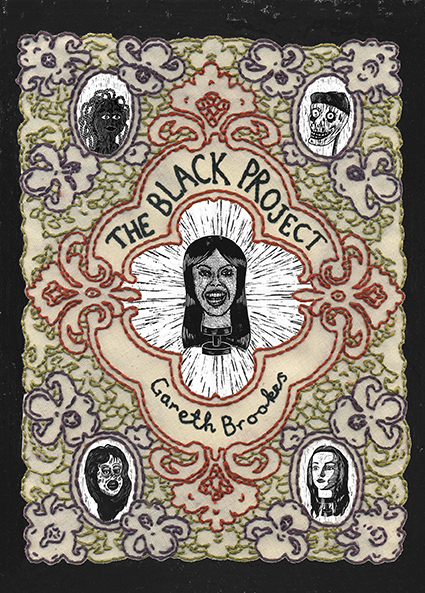 Despite periodic efforts to write about radically different stuff, I keep returning to writing about the suburbs and Englishness. Suburban England is so richly populated by eccentric bores, a lot of people spend a good deal of their lives working towards the goal of marooning themselves in some ghastly obscure shire, but it’s when one has achieved this that one can begin the process of eating oneself. A lot of what’s written about the suburbs is just middle class angst, but I like looking at it in terms of the spiritual and philosophical vacuum at the heart of all human endeavour. The horror of the nothing that comes after ‘happily ever after’.

We are also huge fans of your self-published DIY works. Could you tell us about a favourite self-published work of yours? And what gives it that special affinity for you?

My favorite self published work definitely has to be ‘Can I Borrow Your Toilet?’, Andy Oliver of Broken Frontier thinks it’s my best work and I wouldn’t disagree. It’s about a period of my life just after art school where I fell into a job loading and unloading vans in a stock room. Most of my RCA friends were off doing teaching or fellowships or getting signed to galleries but I was in a state of shell-shock having found myself deposited in the real world without any practical skills at all. Although at the time I thought I was finished as an artist I realise now that it was in fact the beginning of my education. The character studies I made of my fellow stock boys and van drivers set the tone for what would come later, and it was the beginning of me feeling like I wanted to make work about ordinary situations that everyone could relate to, instead of trying to appeal to an artistc elite. It was also a lesson in trying to make something positive and even life affirming out of a situation that made me feel quietly desperate. I’ve been thinking of doing a follow up about the years after I got ‘promoted’ to office work but, frankly, I think I’d struggle to find the positive life affirming aspects of it. 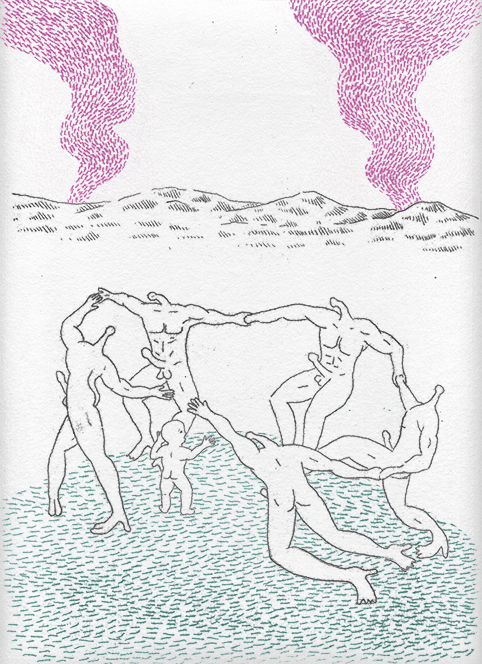 We love your wordless, hand-bound book: The Land of My Heart Chokes on its Abundance. Could you tell us where that idea originated from and how it came into its present form and being?

I was looking at a dog one day and wondering what it thinks it is. There’s something appalling about the existential situation of dogs, particularly ones that have been bred into ridiculous shapes by man. They think they’re wolves, noble nomads roaming the plains, when in fact they’re bizarre mutants, sticking their heads out of some horrible celebrities handbag. I started wondering what would happen if this sort of thing happened to humans, and how it would effect the sense of ourselves, and if indeed our perception of ourselves as humans is any more objectively realistic than that of dogs. So I started doing this sci-fi comic about some humans that have been taken by aliens as pets, and I tried to imagine this alien landscape and all the different kinds of human that may have been bread for the use or amusement of their masters.

Do you have a favourite creative experience?

Being part of the Alternative Press around ’09 was pretty exciting.

Not really, I keep a note book where I jot down ideas and the beginnings of stories and things, but apart from the most rudimentary drawings of page layouts there’s not much sketching going on. I know that as a comic artist one is expected to thumbnail out ones entire book at least once before one begins, but I can’t imagine anything more stupid and boring. 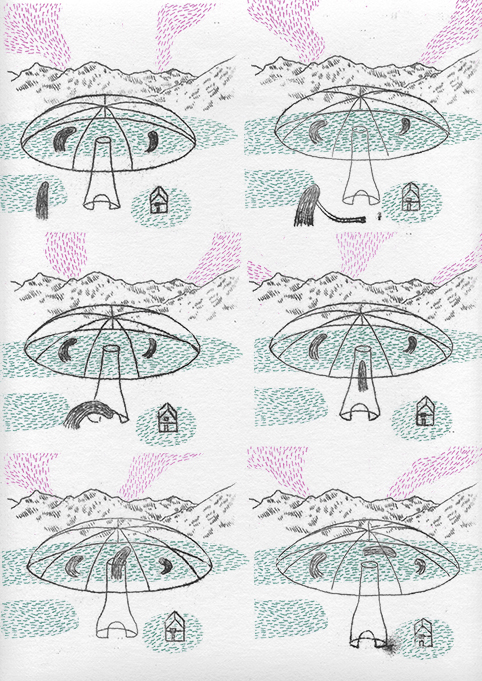 Silas Marner by George Eliot, Scene and Heard by David Ziggy Greene, The Complete Moomins volume 1 by Tove Jansson, the rulebook to Warhammer 40,000 and a book about growing vegetables.

The one you’re in is always the best one. 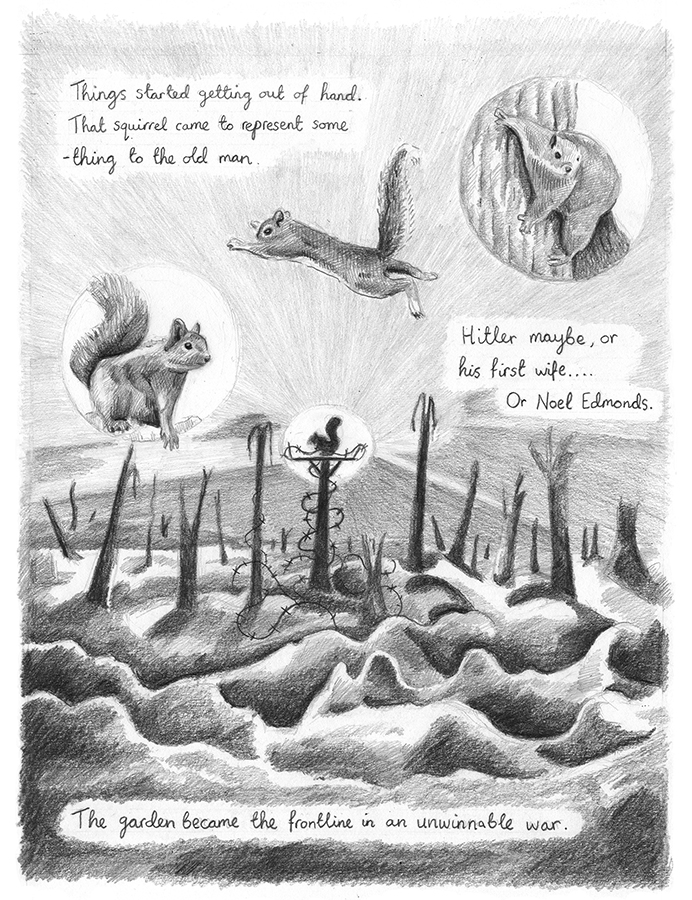 I’m working on my next book for Myriad, I don’t want to say too much because it’s not even a quarter of the way finished but it involves old age pensioners, budgerigars and hallucinations.

Thanks Gareth! Keep up with Gareth and see more of his work at www.gbrookes.com

This interview was brought to you by Amber Hsu, Heather McCalden and The Tiny Pencil – fine purveyors of the pencil arts. Follow us on twitter @TheTinyPencil, Facebook, Tumblr, and Instagram for the latest news on all of our new anthology artzines.