Lizz Lunney is a comic illustrator from Birmingham, UK. She studied animation for three years then spent the next eight years self publishing and working as an illustrator. Lizz has four collections of digital comics coming out from Top Shelf later this year and is currently working on a book for Blank Slate. She also has a book out in German from Zwerchfell. Lizz likes green tea, lions and documentaries. 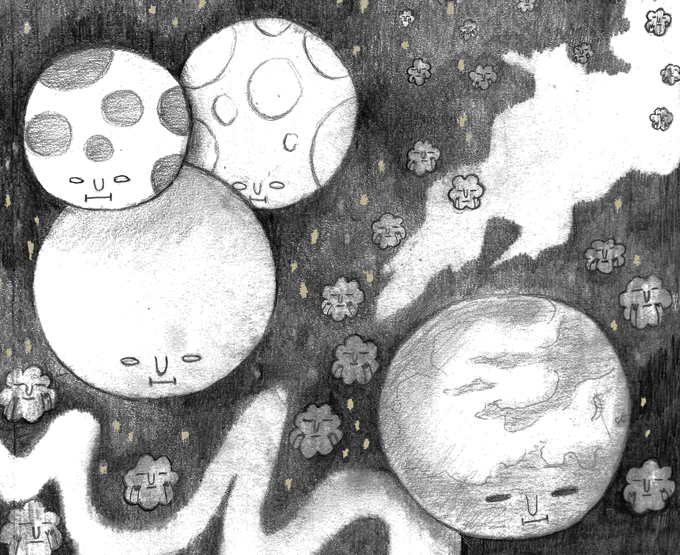 Could you tell us a bit about  your work?

It’s a good excuse to make a mess. 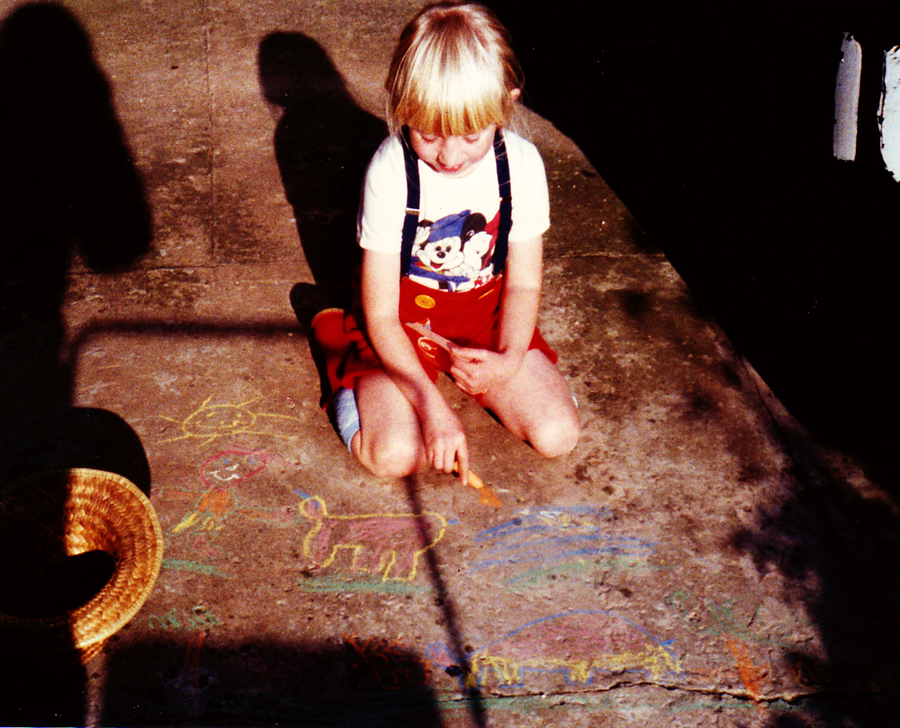 I usually wake up from a bad nights sleep of weird dreams/nightmares and spend the whole day tormented – trying to focus on an idea but just drinking tea and crying instead. Then in the evening my brain snaps into action and a fully formed idea appears in my mind. I then draw this in rough in my sketchbook and from the roughs I draw it up into final artwork which I scan and edit. Then at 4am I go to bed and repeat.

It depends on the piece. A comic will normally start in my brain as a one liner joke or something a character would say and then the story develops from that. If it is something that is more serious like an illustration or piece of artwork I can usually see the finished thing in my mind and I just have to get it out, wash it, dry it and iron it so it looks presentable.

Although my self published comics are tiny (this is a practicality because I’m weak so can only carry small weightless books to conventions) I actually prefer to work big. My favourite size to work at is on big walls but it wouldn’t be sensible to carry walls around for general day to day work so I usually draw in an A4 sketchbook.

I guess I’m most interested in interactions between people and friendships. Usually my stories involve a couple of characters talking to each other about their lives. I spend a lot of time on public transport and I’ve worked in various part time jobs over the years so most of my characters are inspired by people I’ve met in passing.

Biro, I try to use better pens for actual drawing but I enjoy drawing in biro the most.

I had a range of cards out from the company UK Greetings a couple of years ago and they have been in the shops ever since then – that has probably been my favourite thing I’ve done just because it’s exciting to be in any city in the country and know I can walk into a Paperchase to see Depressed Cat in there. 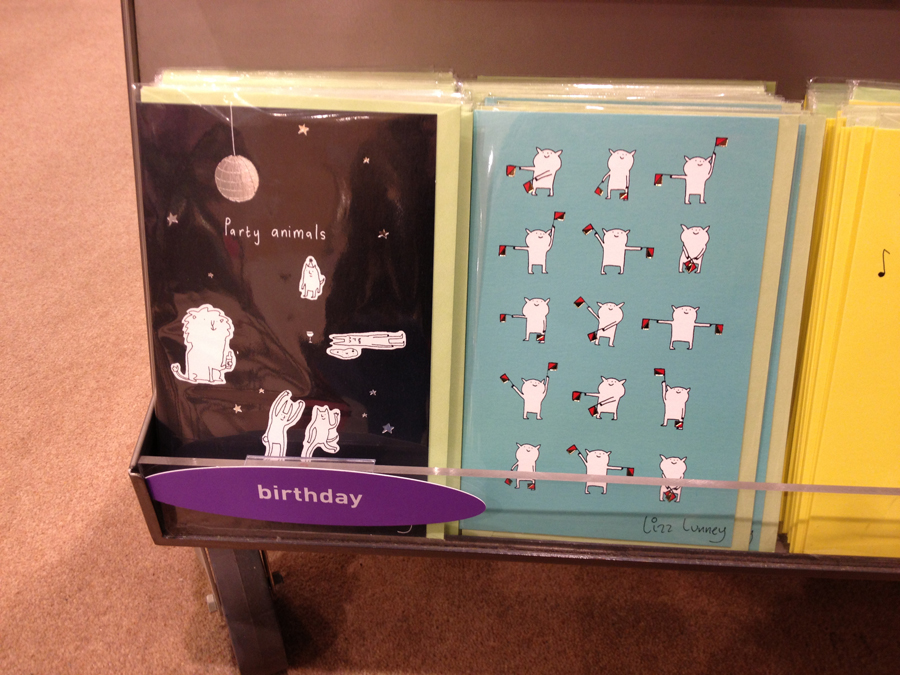 Your pencil work involves more layers and textures than your comics, how does graphite influence this aesthetic change?

I enjoy life drawing which is my only other experience of drawing in pencil – this Tiny Pencil piece was the first time I’d really attempted to draw a comic idea in pencil and because of the life drawing I guess the two styles merged.

Your work outside of Tiny Pencil predominantly features creatures of a warm-blooded nature – or, at least ones with fur.  Why this preference?  Do you have any furry pets that might cause this tendency?

I have a cat but we don’t get along. I’ve been trying to draw less animals lately but I think cat shaped characters have just become my default.

Where did the idea for Romantic Bison come from?  Do you find bison particularly tender?

I am a fan of Bison, I think they have a good shape. I like powerful creatures like lions and bears. Romantic Bison is a story about friendship and the effect a new relationship has upon life long friends. The characters are animals mainly so I can put some stupid one liner animal jokes in the script.

Can you tell us about your inspiration for your Tiny Pencil piece (which features dust particles and death)?

I’ve always been interested in space so the Mars theme was a natural choice. Dust and death are recurring themes in my life and therefore my work.

Since I was 16 I’ve been hypnotised by John Salt’s painting “White Chevy Red Trailer (1975)” I can’t explain why. It used to be on permanent exhibition in Birmingham Art Gallery and I’d go every week to look at it. I have hundreds of postcards of it. I don’t especially care for cars or photorealistic paintings in general but I must have seen this painting for the first time at some key moment and something about looking at it makes me feel calm. I guess that’s the age songs and art make the most impression which then stays with a person for life. 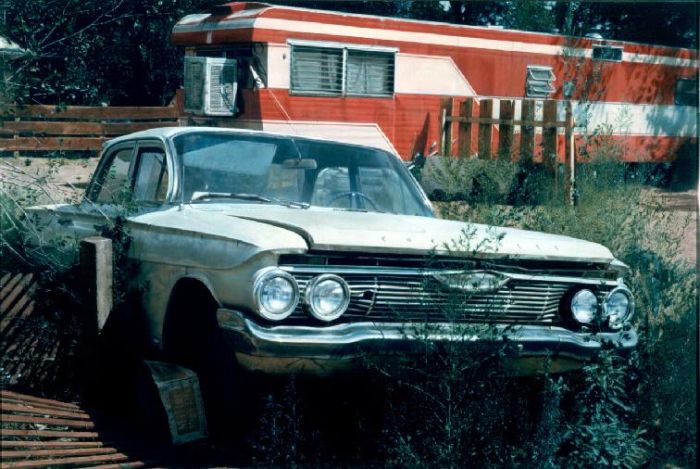 I drew on the living room wall aged 5 and remember that quite clearly. It was fun.

Yes, I always have a sketchbook with me. 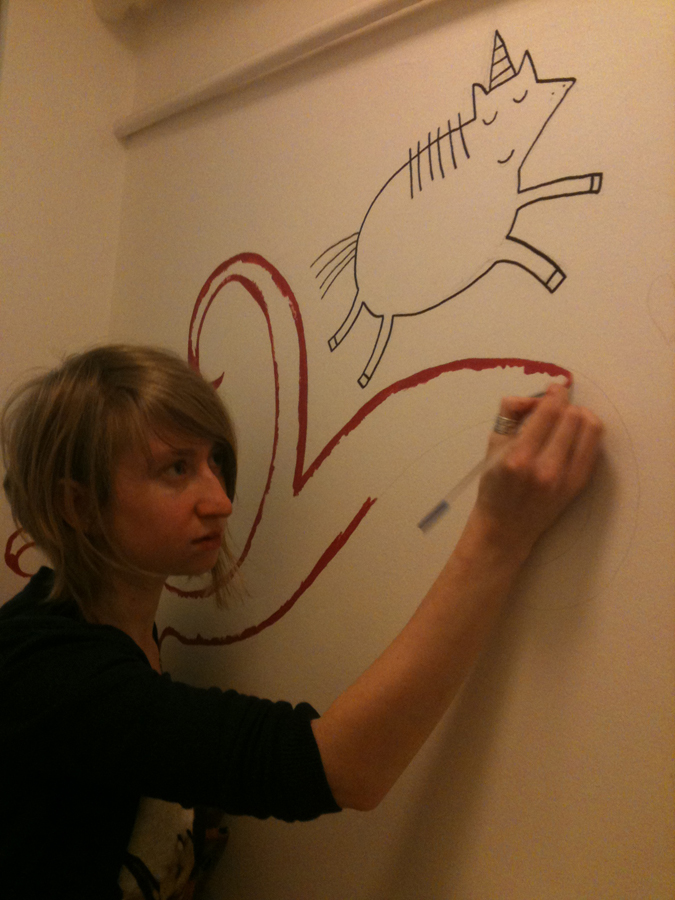 I’m pretty busy at the moment. In terms of illustration I’ve been working on a project for the Royal Shakespeare Company for the last few weeks. As for comics- I’ve recently finished some digital collections which are being released soon by Top Shelf. I’m currently working on a big book and I’m also co-editing a humour anthology. They will all be out later this year so I’ll be talking about them more on my blog and on twitter soon @lizzlizz 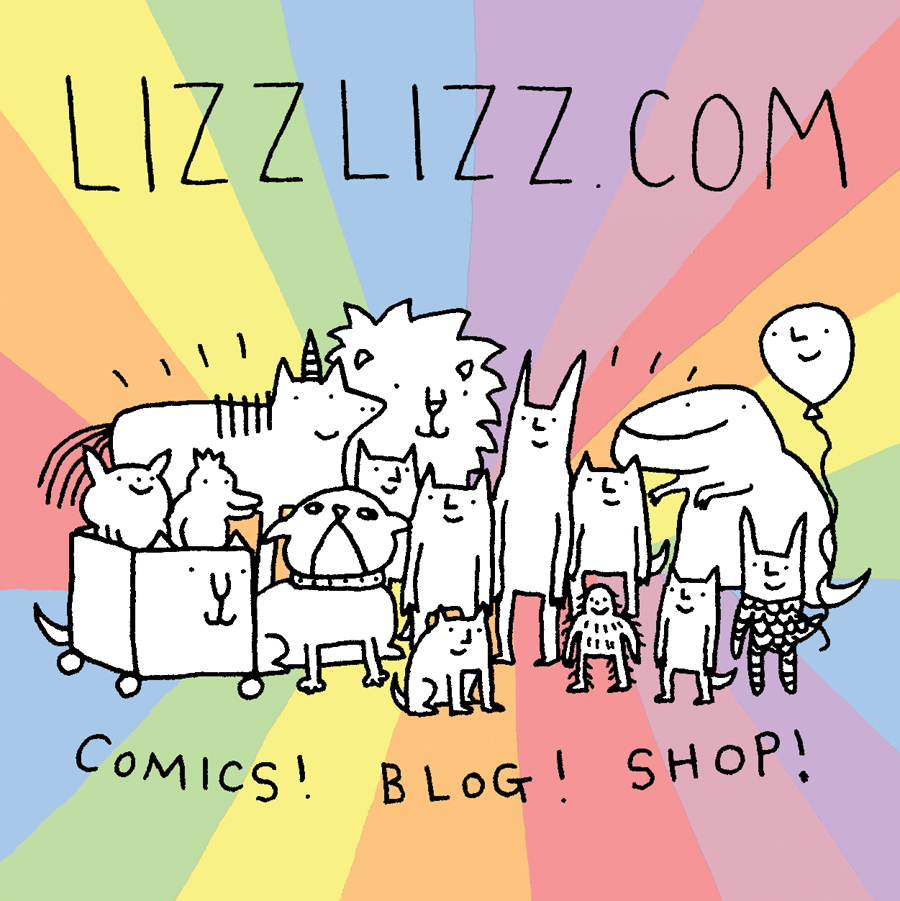 My virtual jukebox song is always “(I Can’t Get No) Satisfaction” by the Rolling Stones. I don’t really care for the Rolling Stones but for some reason that song is always there in the back of my brain – probably from trying to learn to play it in guitar lessons as a teenager and practising it over and over again. When I work I don’t often listen to music, I usually have documentaries on while I draw. But if I do listen to music it’s either French or German bands so the lyrics don’t distract me.

Lately I’ve been re-reading some Kazuo Ishiguro books. Remains of the Day is one of my favourite stories. I’m also reading a biography of Nabokov and a 1980s A-ha Annual. I read a lot of books, usually a few at a time. Five in each hand. 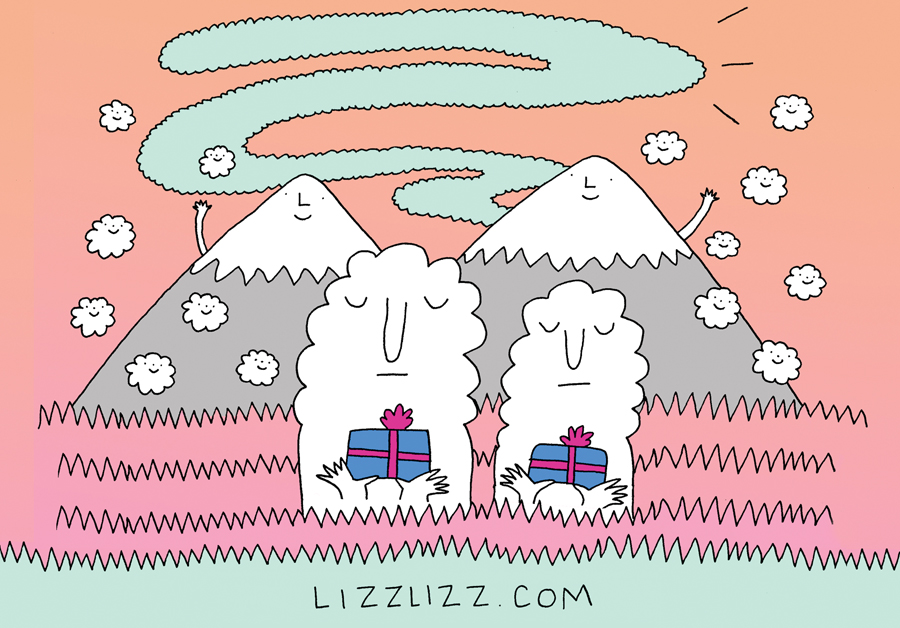 I haven’t been to all the cities in the world so I can’t say for sure but I love Berlin and try to go there once or twice a year if I can.