AJ Poyiadgi is an illustrator and filmmaker. He has worked for The Guardian, BBC, BAFTA and Ford. He produces a strip for Shots magazine and his latest project is Teabag Theories, a science-based micro-comic-in-a-teabag.

I’m a writer/director by day, but comics and illustration work is taking up more and more of my time. I always wanted to make comics and I studied illustration, so after a decade of filmmaking it’s nice to be back on track.

Right-handed for drawing, ambidextrous for tea-drinking.

Your work is usually digital and yet it looks very much like pencil! Do you use pencil at any point in your normal work process? Do you use any special digital brushes to make your art look like traditional media? How did you feel about working in actual pencil for Tiny Pencil, and how did it go in the end?!

I use pencil for sketching, doodling, and making layouts or thumbnails. I like working out of a book before going digital and sometimes scan in pencil roughs before inking digitally. I’ve customised a few digital brushes to make them feel as natural as possible, but my Photoshop is well out of date so I imagine there’s far better tools available! I was excited at the prospect of going all-out pencil, but slightly uncertain what the end result would be like, not having my usual colour palette and textures to fall back on. In the end, I really enjoyed the restriction.

What type of pencil did you end up using for your piece… Brand?  Wood?  Mechanical?

I used a cheap mechanical pencil for the initial roughs then finished with a combination of Faber-Castell 2B, 4B and 6B.

You famously used tea to paint with for your Jonathan Cape prize-shortlisted comic ‘Teapot Therapy!’ Did you enjoy combining your digital processes with this more unpredictable medium? Any thoughts on the pros and cons of digital vs traditional techniques?

With Teapot Therapy the digital approach was a safety net that gave me the confidence to play around with layouts and colour, in a way I wouldn’t have tried with traditional media. The washes of tea gave the story an organic element that was in-keeping with the subject matter, but I’m not against full digital artwork: whatever it takes to tell the story. 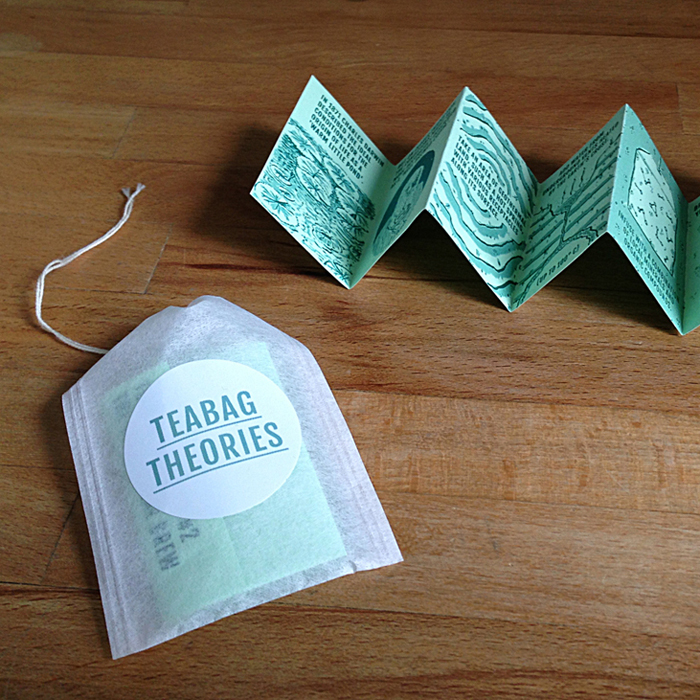 Could you tell us a bit about your creative process, from the initial image or idea to the finished piece? How do you conceptualize/construct a piece?

My creative process usually starts with writing. Then rewriting. This is probably because of my filmmaking background. I then start making small sketches and thumbnails in a book. At this stage, I try to keep things loose before committing to panels and layouts. What follows is a combination of procrastination, self-doubt, mass tea-consumption and lots of Undoing. It somehow manages to come together in the 11th hour but until that point I’m never quite sure if the story will work.

I generally work larger than the finished size, but when the final result is teabag size then that isn’t saying much.

Do you think your work as a film director plays in to your comics work, and if so how? You do a regular short strip for a commercials magazine and indeed, a tiny comic called Teabag Theories which fits inside an actual teabag… Do you think your experience directing commercials, which are very short, helps you keep things succinct when it comes to storytelling in a comic form?

Directing has been a good lesson in storytelling; having to think about aspects such as characters, structure, pacing and framing will have in some way informed my comics’ work. But it’s a whole different practice not having a cast and crew handy, and there are times when it feels like making comics is making an entire film by yourself! I certainly try to be economical with my storytelling in comics – my longest tale has only been six pages long (though that’s about to change). I don’t know if I should put this down to directing commercials or the fear of taking forever to finish a longer piece.

Tea has been an ongoing theme. It’s a quaffable institution.

What do you particularly enjoy about comics as a medium? Would you ever be interested in working on a longer form graphic novel?!

Comics are wonderfully unique and don’t cost millions to make (not my ones anyway). They are a magical brew of the cartoonist’s vision and the reader’s imagination. In keeping with my favourite subject, I’d love to work on a longer book called ‘The Secret History of Tea’, which looks at all the moments in history (fact or fiction) where tea has played a pivotal role…

In terms of comics, I really enjoyed making the origami comic for Mike Medaglia’s Wu Wei anthology. It didn’t involve much of a narrative but was just the right combination of illustration, design and a tactile end result. In terms of filmmaking, I’ll forever cherish working with cinematographer Frederick Elmes, who worked on David Lynch’s early films. 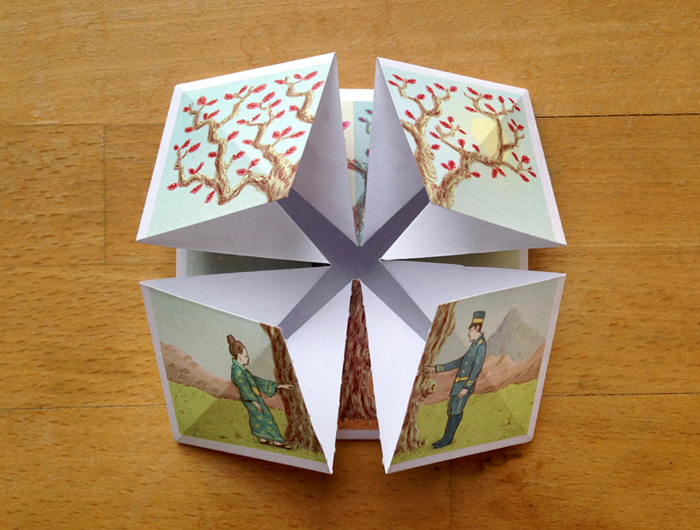 I drew loads as a kid and kept a big book of sketches and strips that I still have. It’s probably my best work. There’s a drawing of the Hobgoblin, one of Spiderman’s foes, that I don’t think I could draw better now if I tried. I didn’t care about the end result and the outcome was loose and dynamic.

I keep two sketchbooks: one for planning out stuff, full of doodles and notes, and the other for observational sketches. The latter doesn’t get used as often as it should but every birthday I attempt to draw as many observational sketches as my age. It’s getting harder and now pretty much takes up the whole day! That’s how old I am.

I’d love to work on a serialised story. Something with room for the characters to develop.

I’m currently working on my first published book, due out next Summer. I’m excited about the story, it’s quite a personal tale, though it has nothing to do with tea. 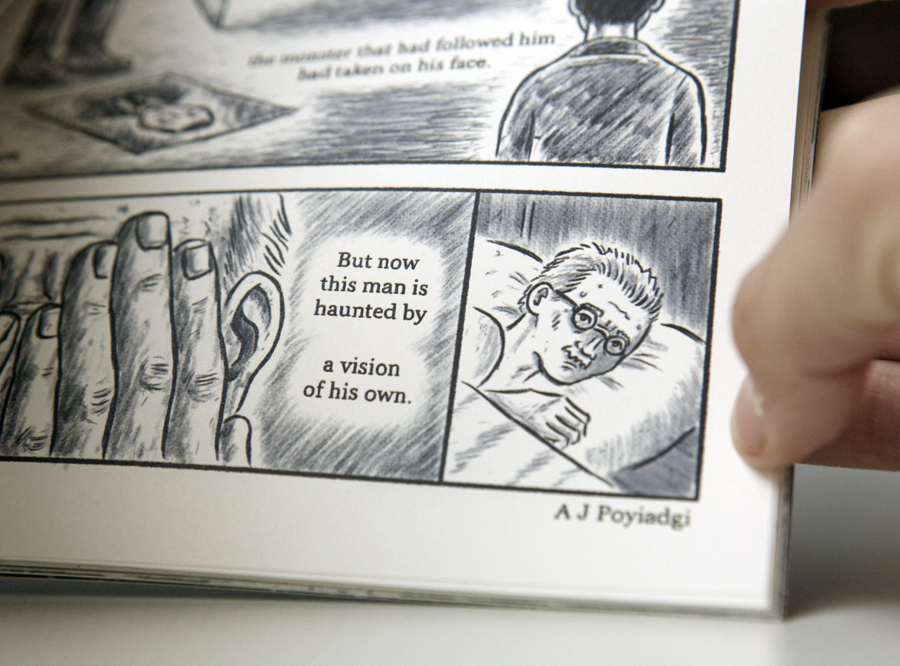