Barnaby Richards on connecting images, beetroot… and drawing as a form of play.

Barnaby studied Art History at University before deciding to become an illustrator. He won The Financial Times Young Illustrator Award in 1998 and then moved to Cornwall to complete an MA in Illustration: Authorial Practice in 2003. He now lives in London with his girlfriend Alice and their cat, Mosca. 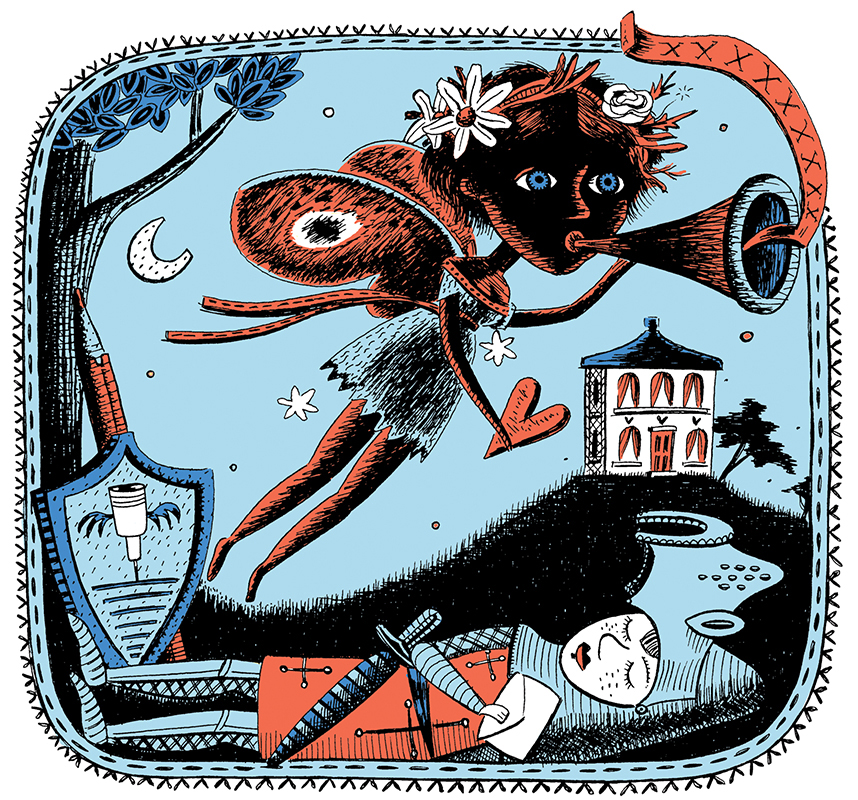 I’m a London based illustrator currently finishing a Graphic Novel for Blank Slate Books which should be published next year. I have worked a lot as an editorial illustrator, most notably for The Guardian, The Independent and The Observer on Sunday.

You don’t ever use graphite in your final artwork… do you use it for initial sketches? What appealed to you about working in pencil for Tiny Pencil?

So, I must confess that I rarely use pencil. I use it for under-drawing, then move to pen as soon as I feel confident with what I am doing. I was excited to be asked to be in Tiny Pencil because I wanted to try using pencil as an end in itself. I really enjoyed the experience and am trying to sketch in pencil a lot more. 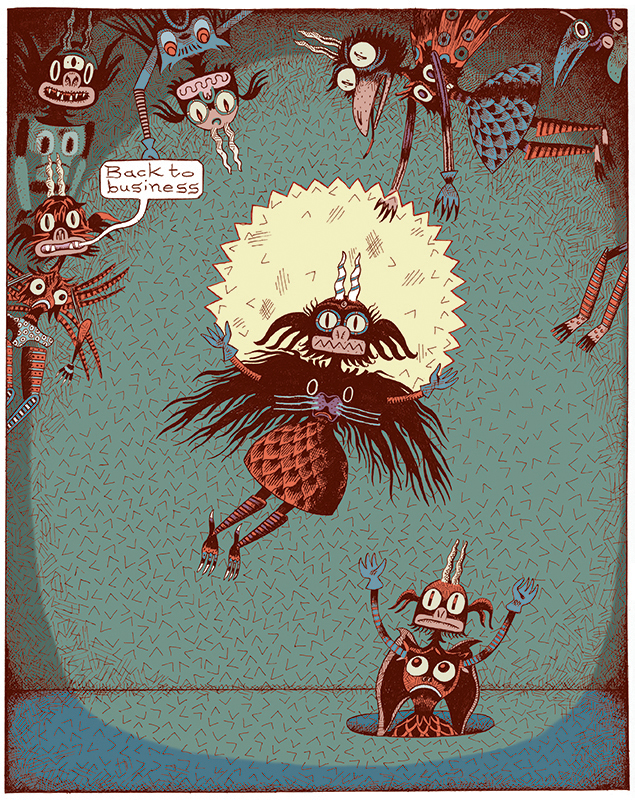 A Mechanical Rotring Pencil usually…. but for Tiny Pencil I experimented with soft B6’s.

My .25 Rotring Pen and Bristol Board.

You’ve done a lot of editorial illustration and also some comics… what do you enjoy about the two different forms? What would be a dream illustration project for you?

Editorial is fun because it is quick and often reaches a large audience. Of course, both of those things can be constrictive – you can be really up against it and have to water things down – but generally speaking editorial is great fun and when it goes well it is a real confidence boost.

Apart from a couple of notable exceptions most of my comics have been personal projects. I like watching interesting events unfold. I don’t like to think of comics as literature. When they become too literal I loose interest. I like people to find things in my comics, rather than to be told them too much. 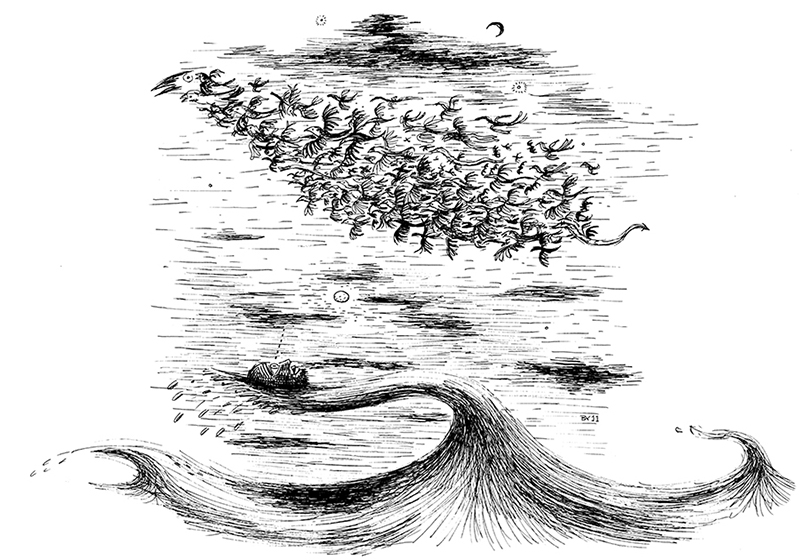 You’ve nearly finished a graphic novel about your childhood living in Beirut… tell us all about it! You say you tried to picture the world as your six-year-old self processed it… was it easy or a challenge to transport yourself back to your childhood in that way?

I have been telling stories about my time in Beirut ever since I returned to England at the age of nine. I would not have been interested in drawing a novel about Beirut – that would have been beyond me! My parents do not have great memories on most matters and so I have been left with a series of images and anecdotes, many of which have been embellished over time, and in some cases I can not be sure what is fact and what is fiction. The book is much more about living in Beetroot than it is about Beirut.

The main thing was to be true to what I remember and to not make things up. People might find that funny when they actually see the book because a lot of the pictures are fantastical. Drawing is a form of play and I tried to be true to how my six year old self liked to play. It wasn’t too difficult, I am the same person after all!

Images inspire other images and you can only arrive at new places by putting the time into drawing. You get to the borders of what you have created and it urges you to peak a little further around the corner, to look from a different perspective or sometimes simply to suppose something as a counterpoint. I draw an outline in pencil and go straight to pen as soon as possible. If I’m drawing in my sketchbook I work only in pen. I colour everything digitally. 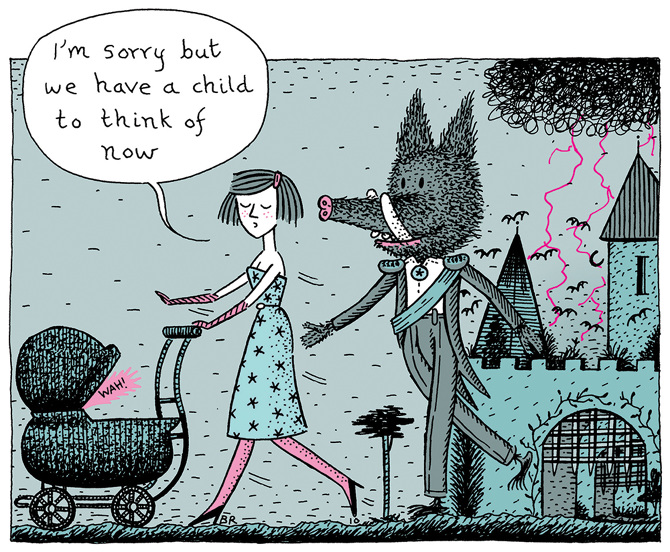 I think my stories are usually constructed through trying to connect a series of striking images. I have a vision of something and then I start asking myself questions about it. Words are evoked for me by images. The image is a stone and the words are like water, changeable.

I prefer to work to scale. I don’t really like working larger and scaling down, if anything I prefer scaling up! My drawing tends to be quite dense, so enlarging can occasionally free things up a bit. Only by a degree or two though. 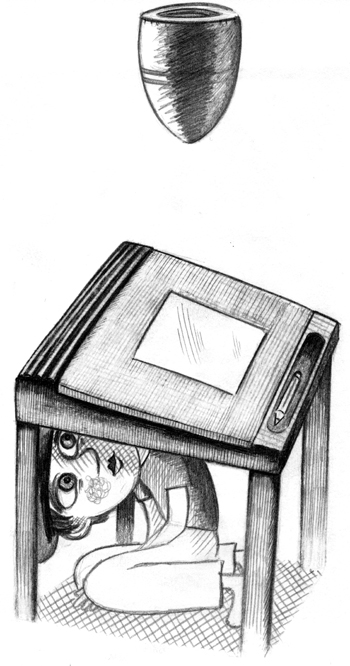 Would you say that you have a favourite subject matter? What’s the particular attraction?

I really don’t know. Most of the self-initiated projects I have done feel very personal. I like the notion of an autobiographical fantasy, of sublimating things that matter to you and turning them into something different. I suppose that sounds so horrifically obvious. At present I have mountains, devils and a robot flowing most easily from my pen.

For a couple of years I found it quite painful to look at my first comic The Funeral, which was published by Atlantic Press Books (http://www.atlanticpressbooks.com/the-funeral.htm)  Looking back at it now I see so many things in that work which I’m still exploring now. I’d do the thing very differently today, of course, and it is certainly far from perfect but I like the fact that some people don’t get it and some people really do. It invites you to look on and watch a sequence of events unfold but it doesn’t force feed you too much information.

I remember drawing the plan for an underground complex of tunnels and machines that would transform the combined elements of stone, glitter and glue into gold. I think I was six. The first 2-D image I can remember – I think – is a postcard from my grandparents with a photograph of a cruise ship on it, which they sent me when I was three.

I’ve recently become more disciplined with keeping sketchbooks. I keep very small sketchbooks that can be kept in my pocket. 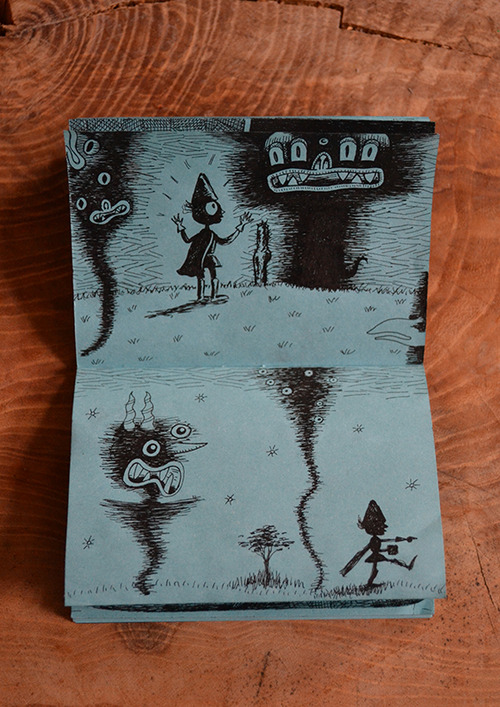 After the final few edits for Beetroot? I have two ideas for picture books which I want to develop. I’m also looking forward to collaborating with a friend on an illustrated Young Adult novel, which is very exciting.

Skyfall – a while ago now, sorry.

Which ever one my desk is in. 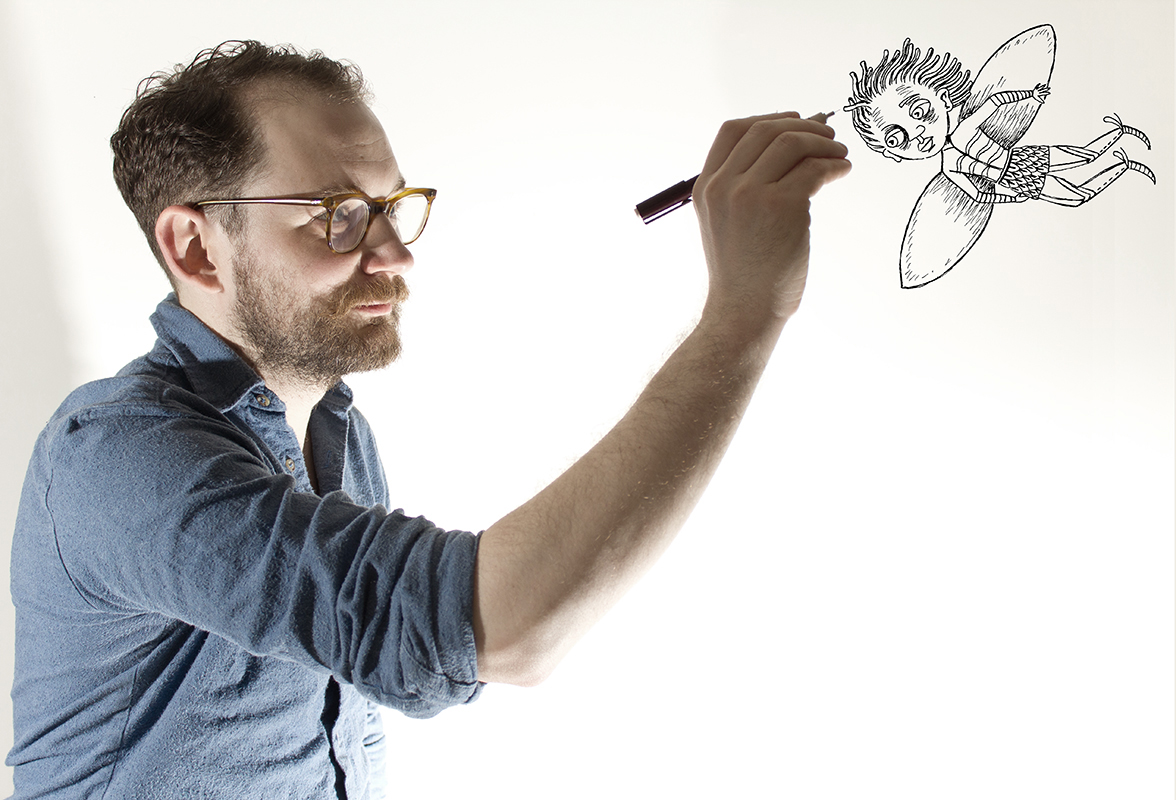