David O’Connell is an author and illustrator living in south London. He is the creator of MONSTER & CHIPS, a book series for children published by HarperCollins. He also creates comics and is the editor of ink+PAPER, a comics anthology. 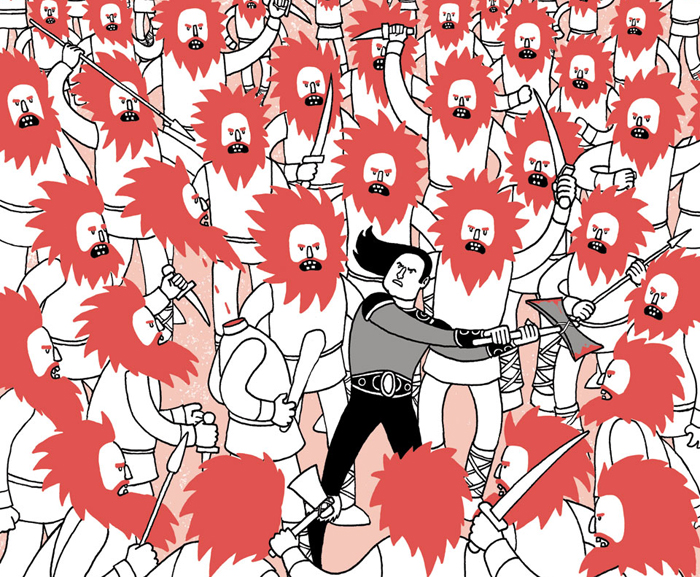 I’m an author/illustrator working in children’s books. I’m in the middle of producing a series for 7 yr-olds and upwards called ‘Monster & Chips’ which I both write and illustrate. I also love comics and edit the ink+PAPER anthology as well as producing my own comics.

Its softness is pencil’s biggest appeal. It gives your picture so much warmth. It’s also very versatile in the kinds of texture it can make.

I’m ashamed to say it’s a cheap mechanical pencil (Banner brand) that I use because someone gave me BOXES of them for free. HB probably, it doesn’t even say on the box. It works for me. 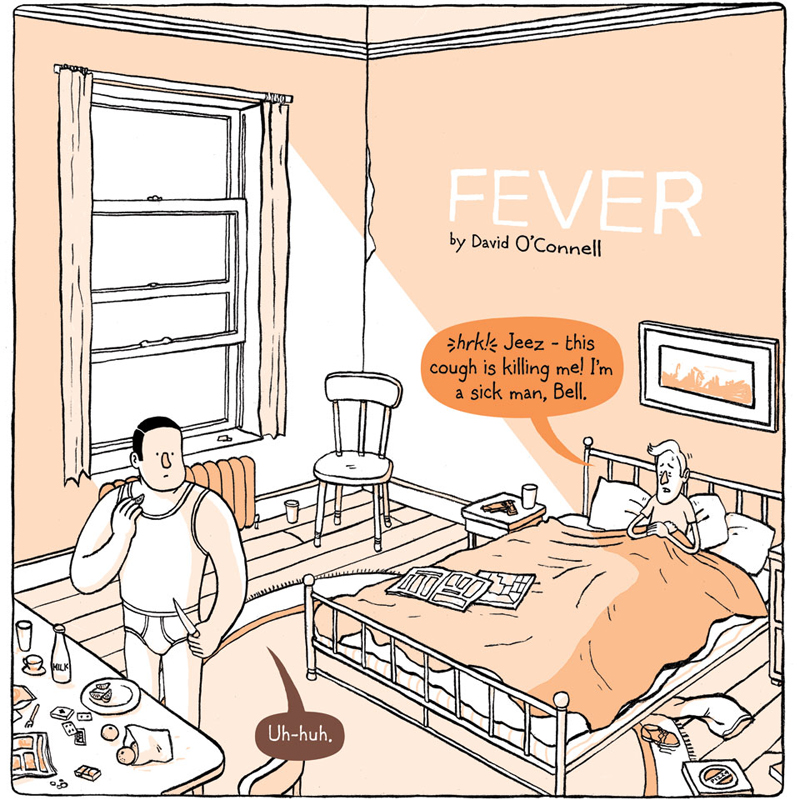 What comes first for you: words or pictures?

An interesting question. Words, which probably explains why I’m going in the direction I am.

I’m used to working narratively so probably I think of what I’m doing as a story overall. Having said that, in comics each panel is a snapshot of a moment in time, part of a larger story. It depends.

I‘ll usually do a thumbnail sketch of some kind first. I’m trying to work more with simple shapes and so will divide the picture up into shapes and try and make them flow in some way to give the image a bit of direction and focus. But sometimes I just slap things on the page and hope. That’s all in pencil. Then it’s inked onto a fresh piece of paper using a light box and scanned into the computer for some Photoshop shenanigans, usually colouring. 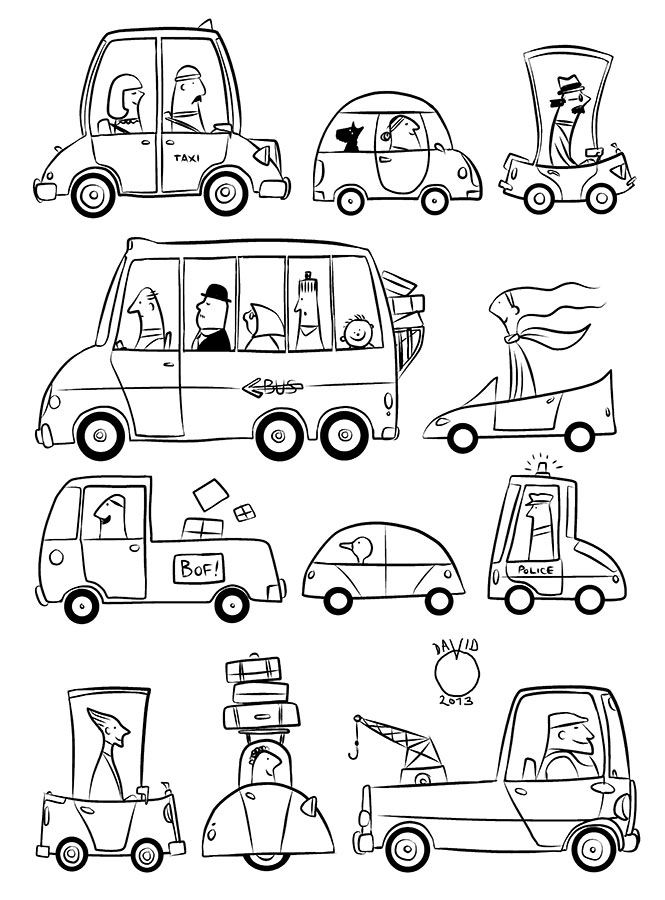 How would you describe your drawing style?  What’s its chief influence?

I’m influenced by comics, particularly the work of Hergé and Moebius. From that I have a love of clean lines and very rarely do any cross-hatching or ink-shadows. I tend to add depth and shading at the colouring stage.

I’ve been reading ‘Tall Tales from Pitch End’ by Nigel McDowell, a rather good dark fantasy novel. Also this week’s issue of Spirou, for which I have a subscription.

What’s it like to act as editor for ink+Paper?  Does exercising the critical part of your brain nurture your creative process?

I’m not too critical as people are contributing their work for free but I have learnt a huge amount about the practical issues of putting a book together. It’s changed the way I approach my own projects and made me think in a ‘bigger picture’ way about what I do. I’ve loved producing ink+PAPER but it is hard work! 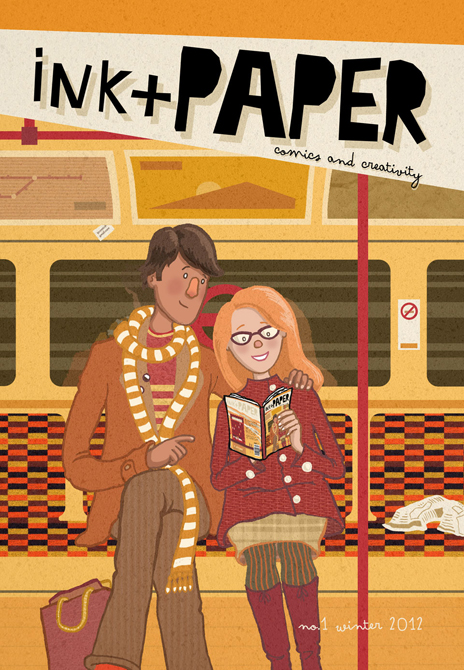 Coffee. Milk, no sugar, thanks.

I keep an ‘ideas’ book which contains a mixture of sketches and bits of writing and is also a bit of a scrapbook. I dip into it when I’m looking for ideas to use to work into projects. It’s very private and NO ONE ever gets to see it. I’m putting more and more of it ‘in the cloud’ so I can access it wherever I go. 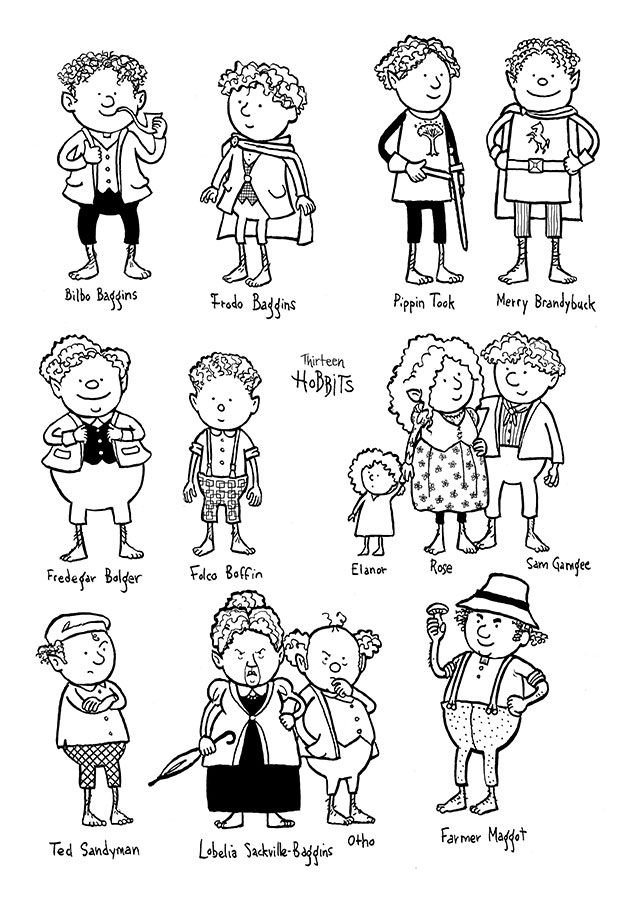 We read that you come from a science background – biochemistry and clinical biochemistry.  Does this knowledge somehow seep into your work?  Or, is it a thing of the past?  And how did you move from microscopes to comic strips?

I did a PhD and worked in medical research for some years. I wouldn’t say it directly seeps into my work, although if I’m writing/drawing some fantasy science thing I like to make sure there’s some kind of proper internal logic to it even if it’s ultimately bobbins.

It has made a difference to the way I work: I’ve been trained to be very analytical and ordered about things. I wonder if it’s made me much more self-restricted creatively than more classically-trained artists but I’m glad I’ve taken the path I have.

I had an IT job when my partner was seconded to Amsterdam for a couple of years, so I quit my job and became a house husband whilst trying to get an illustration career started. I’ve made lots of mistakes along the way but it seems to have come together finally.

Another children’s book series and some picture books. I’ve had a bit of a break from comics in the last year and will be getting back into those soon, when I relaunch my adventure webcomic, Tozo, in the autumn (tozocomic.com).

It’s all at scribblehound.com and good book shops! 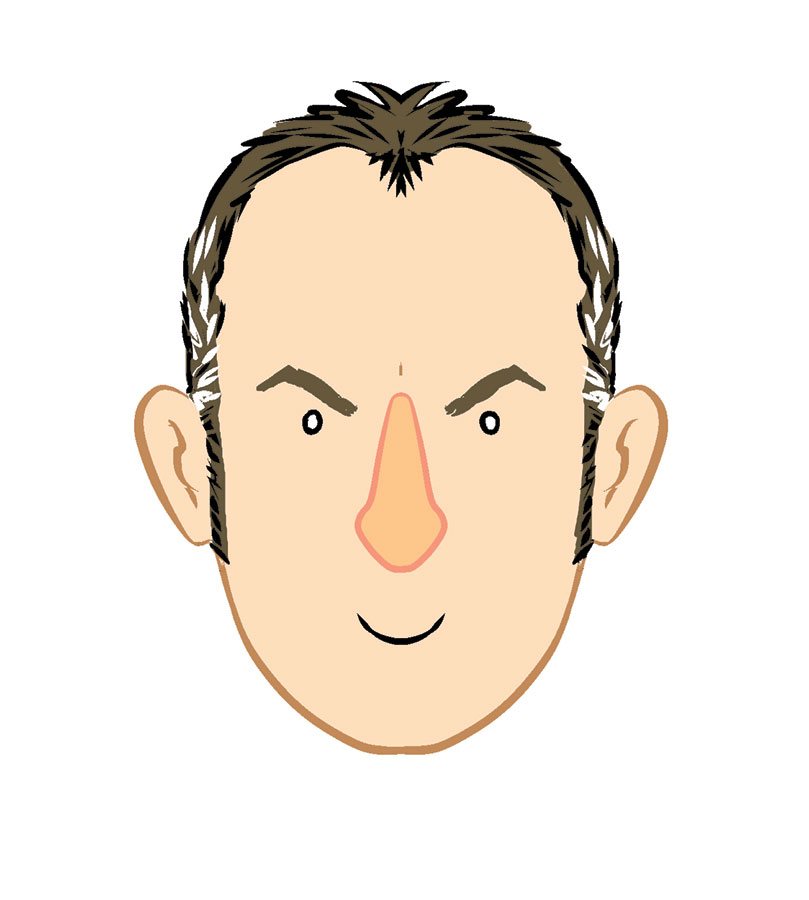