I’m never quite sure whether ‘illustrator’ is the right word for what I do, because the majority of my work is personal and not in response to a brief or text. I like to tell stories, and I simply like to draw. My preferred forms are zines and epically long graphic novels. 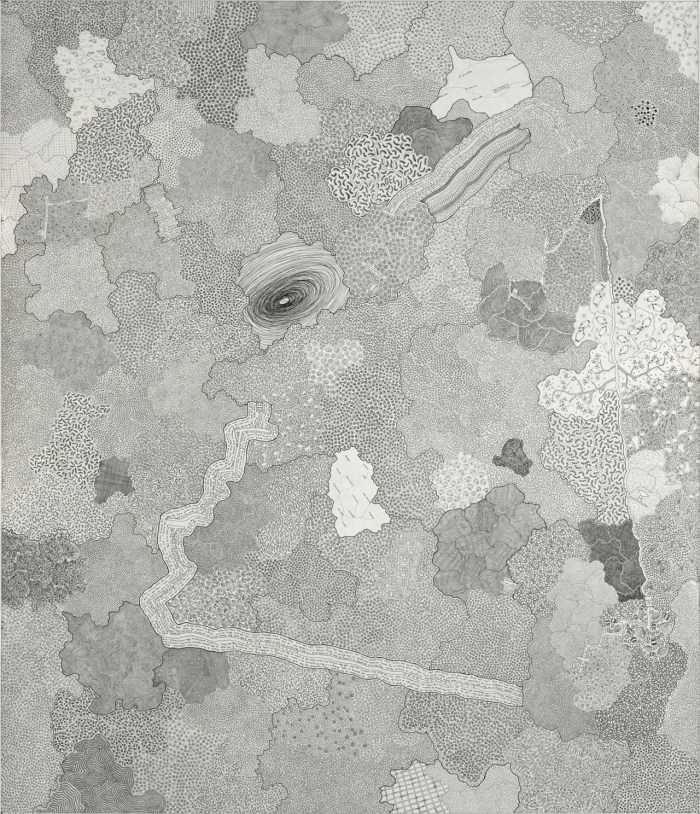 Right, despite my best efforts when I was a kid and thought being ambidextrous would be cool.

If I’m honest, I don’t work in pencil out of choice: usually it’s a step in the process of a piece of work in another medium. That said, I always start in pencil because it’s loose, you can work extremely softly and so keep things flexible until you’re happy enough to make a bolder line. I rarely remove my pencil lines from finished work.

I actually work a lot out in my head before anything hits paper. When I eventually sketch it’s very rough and immediate, meaning after just a couple of days I can look at them and have no idea what I was thinking. They are means to and end, a way of thinking. From there I can start working on a finished piece, which usually starts with a pencil sketch no matter what medium I’m working in. I define the main shapes first, then settle in to work on my favourite bit: the details. 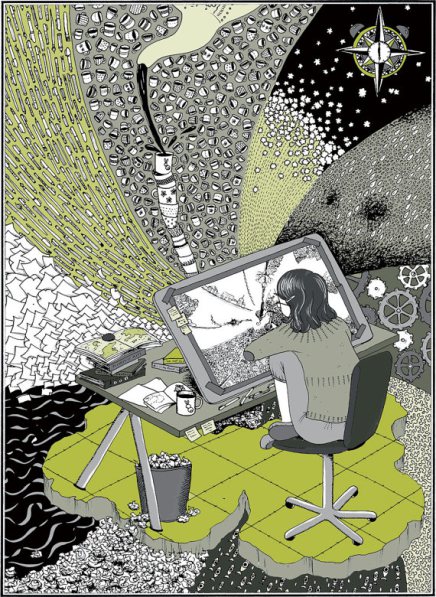 What size do you tend to work at? Do you have a preferred scale? Why this preference?

I usually work at the actual size my work will be reproduced. I’ve never thought about why, there’s just never seemed a reason not to! That said, the book I’m currently working on I’m paint at 1:1.5 scale, so I can pack in lots of details.

The Hobbit, I think?

What is your favourite image or photograph? What brings you back to this picture?

I keep a photo on my desk of my family’s dog, George. He was my best friend growing up and I remember him fondly every day.

I mostly draw my immediate surroundings for my zine, The Green Bean, whether that be the chaos and clutter on my desk or the pile of books stacking up beside my bed. I also love drawing natural subjects – plants and animals.

I’m totally addicted to Pigma Micron pens, which I buy by the boxful. For colour work I’ve had fixations but I’m currently in transition. I used to work a lot in gouache, but these days I’m working mostly in inks.

As I said, I don’t really draw much in pencil other than preliminary sketching, for which I use whichever bog standard HB I find lying around my studio. However, I do go through cast quantities of green pencils, colouring by hand the beans on the front of every issue of The Green Bean I sell. For that I use Lyra Color Giants in neon green, which stand out really well on my recycled brown paper. 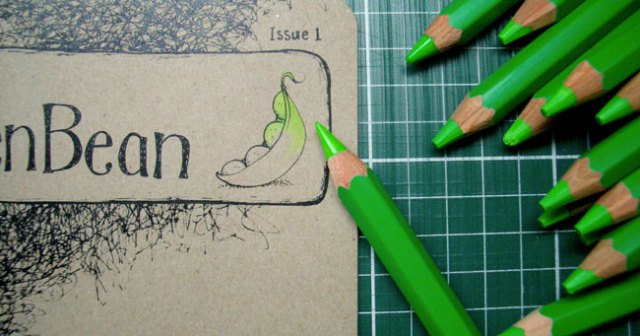 Mostly I listen to audiobooks whilst working, preferably epic fantasy at 36+ hours a story. I actually like listening to books I’ve already read, so I don’t have to listen so intently. The Lord of The Rings audiobooks read by Rob Inglis are brilliant.

One of my favourite pieces is a large abstract-ish drawing I made for my degree show, which is by a very loose definition a map. It was an elaborate doodle based on things that cropped up in my notes and sketchbooks, drawn entirely in a 005 Micron pen. It took six weeks working 10-12 hours a day, sometimes more. I’d relish the opportunity to spend such an extended time on a single drawing again.

It certainly seems to be a growing genre, and not just autobiographical comics but those specifically about living with illness. I say this having recently attended the Graphic Medicine conference in Brighton, an international conference dedicated to such works attended by well over 100 people.

That said, this proliferation has been very recent I think, and many of the books now published were not around when I first had the idea for Lighter Than My Shadow. My main inspiration for the work actually came from the work of Shaun Tan, but also Craig Thompson’s Blankets was a huge influence. 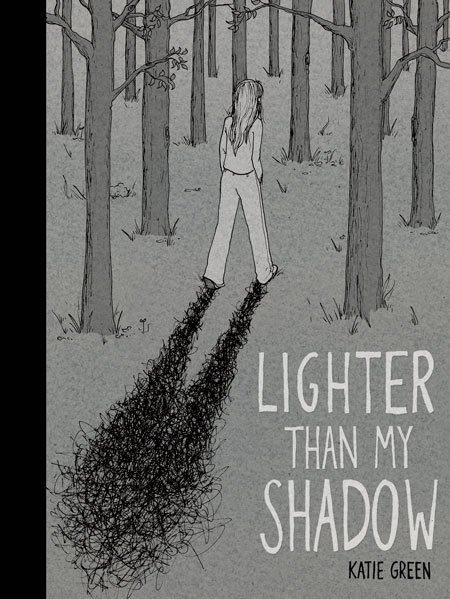 I made my first book when I was about six. It was a recipe book, though I paid more attention to the designs of my cakes (in the shape of giraffes, caterpillars, horses…) than the ingredients. The instructions mostly just said take a lump of dough, and then several pages of description – illustrated of course – on how to assemble your animal. It was drawn on lined notepaper in felt pen and stapled together. I have no idea whether it still exists or not.

How has your background in biology influenced your illustration process? Do you view drawing as a science? And, what was your initial draw to biology and not to art?

I’m not sure my Biology background has influenced my drawing or creative process, but I’m certainly very meticulous about how I plan and structure my work – perhaps this is more a personality trait than my science training though!

I initially chose to study science because I was told at school that creative subjects were a waste of time, and was promised a better career if I studied an academic subject. Happiness and what I actually wanted to do were not something I considered at that stage.

What are some of your non-visual influences?

I still read a lot of Biology/science/nature books, and think a lot about ecology, the environment, that kind of thing. I’m not sure it shows through in my work, but perhaps I’ll do something more overtly showing that influence in the future.

Does the graphic novel feel like your natural form, as opposed to shorter comic strips or animation for example?

Yes, I think so. I can be rather long-winded, so it’s definitely preferable to me than comic strips. I struggle to get any point across in a comic shorter than 5 pages, by which time you might as well make a 500-page graphic novel, right?

I did study animation for a while, actually, and loved it very much. What drew me to illustration and graphic novels in particular, though, is being a massive control freak. In animation, you usually need a whole team to make a story come to life, and most animators work of stories that are not their own. Indeed, the person whose story is being told is unlikely to get the hands dirty animating. With graphic novels you are the script writer, the lighting director, the costume designer, everything. It’s extremely labour intensive, but for someone like me who gets great pleasure from being absorbed by massive projects, it’s perfect.

Tell us about what we imagine to be your labour of love: The Green Bean.

The Green Bean started in 2010 as an experiment. I’d always wanted to make my own magazine, so I thought I’d give it a try. I didn’t know what a zine was, I knew nothing about self-publishing. I certainly had no idea that this was something other people did, or that other people might be interested in buying. The enthusiastic reception I received – particularly after the first issue was reviewed on pikaland.com – was overwhelming, so I decided to keep making it.

In the first year I put out an issue every month – I still have no idea how I did that! Since 2011 it’s been bi-monthly, and has a growing readership all over the world.

Essentially it’s a blog on paper, with drawings and tidbits of my daily life, book reviews, recipes, sketches from walks I take, things like that. I find it difficult to publish regularly these days, but I still love drawing it, so I hope it has a long – if irregular – life ahead. 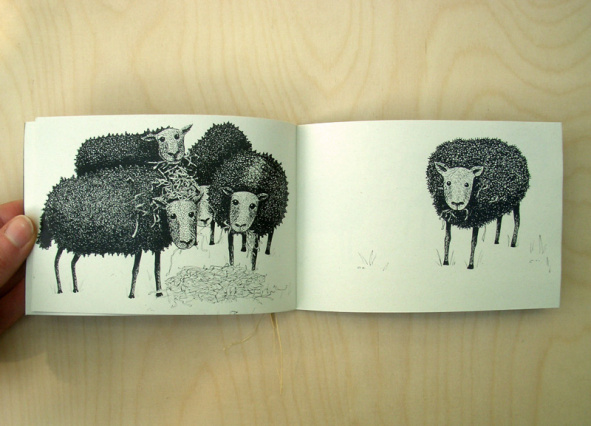 No. But that’s not to say I don’t sketch. I get very intimidated by the pristine nature of sketchbooks, and feel a pressure to make them look good. I think it stems from college when we had to hand our sketchbooks in for assessment. I find the work I do in them is inauthentic, trying to be something it’s not. So I sketch on loose leaves of paper which pile up around my studio and cause occasional avalanches.

There are about 50, but the ones I currently have a bookmark in are Map of a Nation, a Biography of the Ordnance Survey by Rachel Hewitt and The Burglarproof Bathplug by Oliver Postgate.

Books are my real love, and I just want to make more of them. Whether that’s for publishers or small endeavours that I’ll put out myself I don’t mind and I hope I can do both. I have a couple of ideas for longer form non-fiction comics brewing.

Currently I’m illustrating The Crystal Mirror & Other Stories, a collection of all-ages tales by Tim Malnick. It’s just the kind of book I imagined myself illustrating as a kid, full of monsters and princes and princesses and mysterious old women sitting in puddles. They’re magical stories and I feel very lucky to be having the chance to illustrate them. That will be coming out from Vala in November.

Next? I’m planning to have a rest! There will be new Green Beans in 2014, but I don’t know yet what will happen after that. 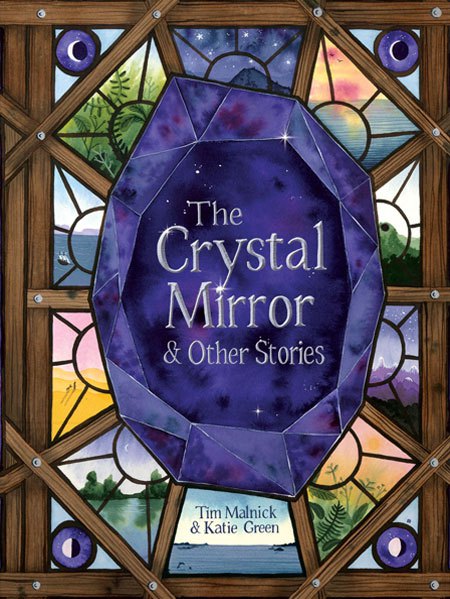 City? It feels unfair to say New York as I’ve only been there on holiday. I’ve loved living in Bristol. But I think my favourite place in the world is Yorkshire.

As above. Living and creating mean much the same to me!

I have a website and blog at www.katiegreen.co.uk, and a dedicated site for Lighter Than My Shadow where people can read more about that project and take a sneak peek inside the book itself: www.lighterthanmyshadow.com

I also have an Etsy shop, but I’m afraid it’s on sabbatical until October while I finish work on The Crystal Mirror & Other Stories! 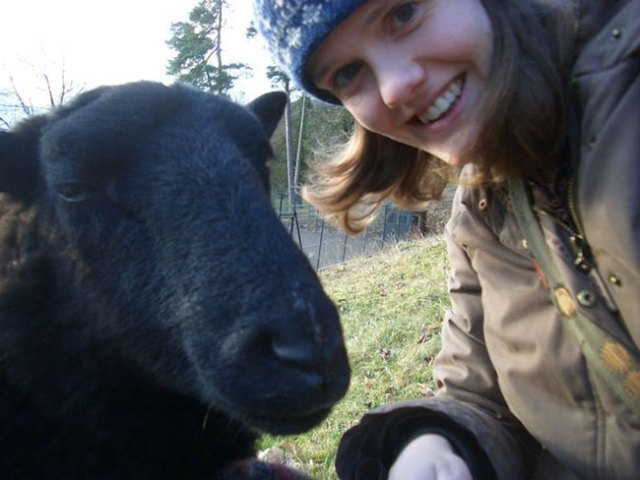